Manifesto: a new idea with prescriptive notions for carrying out change.

In the late ‘90s I was studying for my Masters in IT Management. Don’t ask me why.* My thesis was on capturing oral history in rural communities. I picked up a digital video camera, bought one of the first iMacs, and went to work. It was epiphanic.

Suddenly, I was in control, a one-man shop, a creative force! I was a child again, trying things out, self-congratulatory, experimental, churning, learning.

In Dogme 95 there is a firm set of rules, called the Vow of Chastity, but its undertow is: take control, experiment, go with the flow, work at one’s own behest. It is revolutionary.

Festen, the original Dogme film, was an utter delight to me. I believed “I could do that!” and I could (at least from a technical perspective, notwithstanding my lack of creative genius.)

Similar to the Incomplete Manifesto for Growth, Dogme says do not (over)embellish. Just do it. Like the Passionate Creative Worker, it says blaze new trails; never settle. The Cult of Done Manifesto says “there is no editing stage.” Dogme concurs, kinda. Cluetrain states: “Conversations among human beings sound human. They are conducted in a human voice.”

This is all a search for authenticity and humanity.

*It seems rather bizarre now that I did that. People who know me are always highly surprised when I share that I have that ‘qualification’ (for what?) – none more so than me in 2013. It is a long-ish and boring-ish story, but I was interested in the dot.com boom…

2 thoughts on “4 Manifestos To Live By… Oh, And I Forgot About This One” 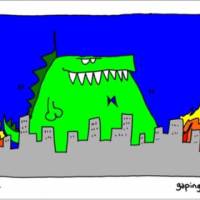 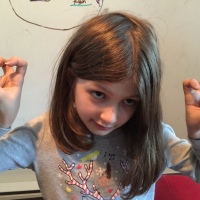