Cindy Gallop has the best twitter bio of all:

I like to blow shit up. I am the Michael Bay of business.

Gallop is redefining our collective approach to ageing, sextech, funding female founders, #changetheratio in advertising among other things.

She fights for what she believes in. She is a hero to many, me included.

This message is universal: those unheard voices and lesser debated ideas deserve their chance in the workplace. You will be rarely invited to opine or experiment as an outsider. 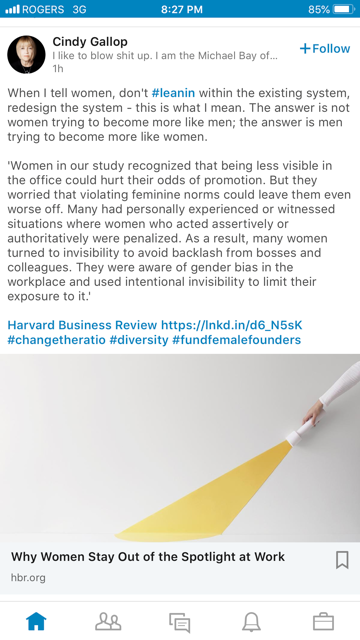