Last week, in sharing this beta process of constructing a Work Manifesto For The Social Age, Richard Martin added his always excellent input…

@ThisMuchWeKnow One word I would like to see on there: Act. Maybe another: Experiment.

I protested that hustle was all about action…

@ThisMuchWeKnow OK. But also connotations of jostling & fraud. Guess that is why I’m drawn to simplicity of action or doing.

As a marketer, reappropriating the concept of hustle(r) is alluring, and it gets people to sit up and take note more than “action.”

@IndaloGenesis yeah, but he looked good! Also, #Hustle implies “get a move on!”, and #FutureOfWork demands that, right?

Where hustle once had a negative connotation, I want to see it as forward momentum, making things happen. Today’s society waits for no (wo)man. Tomorrow’s may walk all over us. Like the cockroach, the hustler may be the only one to survive the apocalypse!

We need to light a fire under our forward momentum – we need to move faster!

The flow is the counterpart. Flow can seem a little touchy-feely, so I like to marry it with hustle, to create the tension. Flow is about taking advantage of the network. Flow is also about picking up speed and energy. In combination, these two attributes are unstoppable, and you will be too. 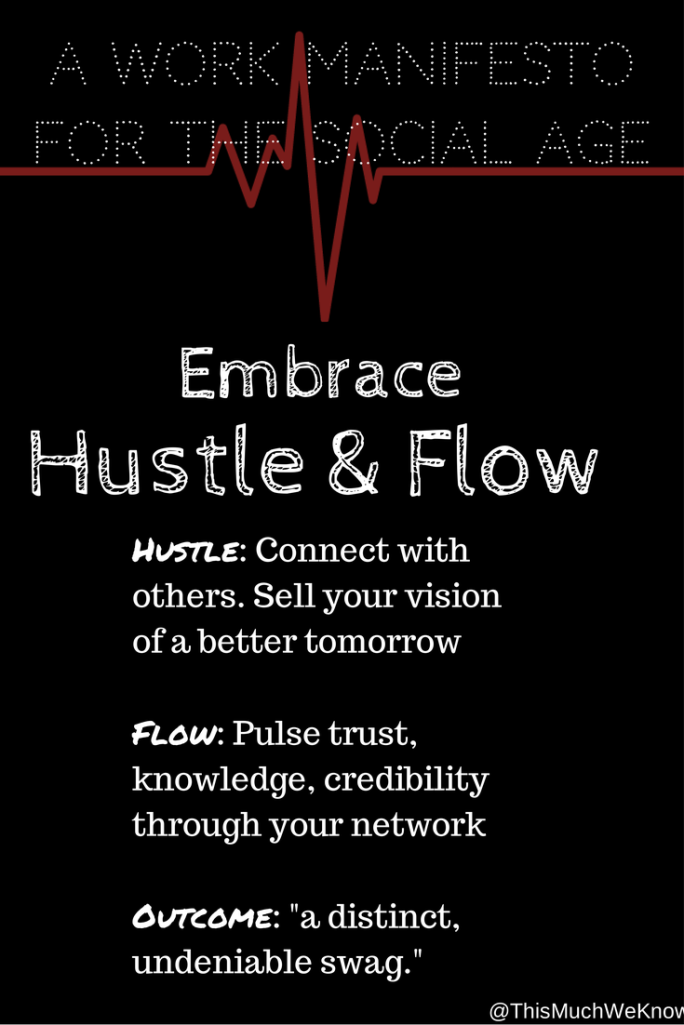 One thought on “Hustle + Flow: How To Possess A Distinct, Undeniable Swag”