In times of strife and challenge, I sometimes ask myself:

“What would Banksy do?”

Banksy is someone who knows how to prosper at the emergent edge; someone who better represents the truth of our community than most any so-called leader. Someone who subverts the status quo yet somehow wins the day. A person of the times.

Even my mum loves Banksy’s graffiti.

BTW, for a subversive art form, there are plenty of rules of graffiti (Bristol-style). Here are some things I picked up listening to some of the old-skool Bristol street artists a few years ago: 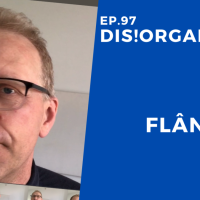